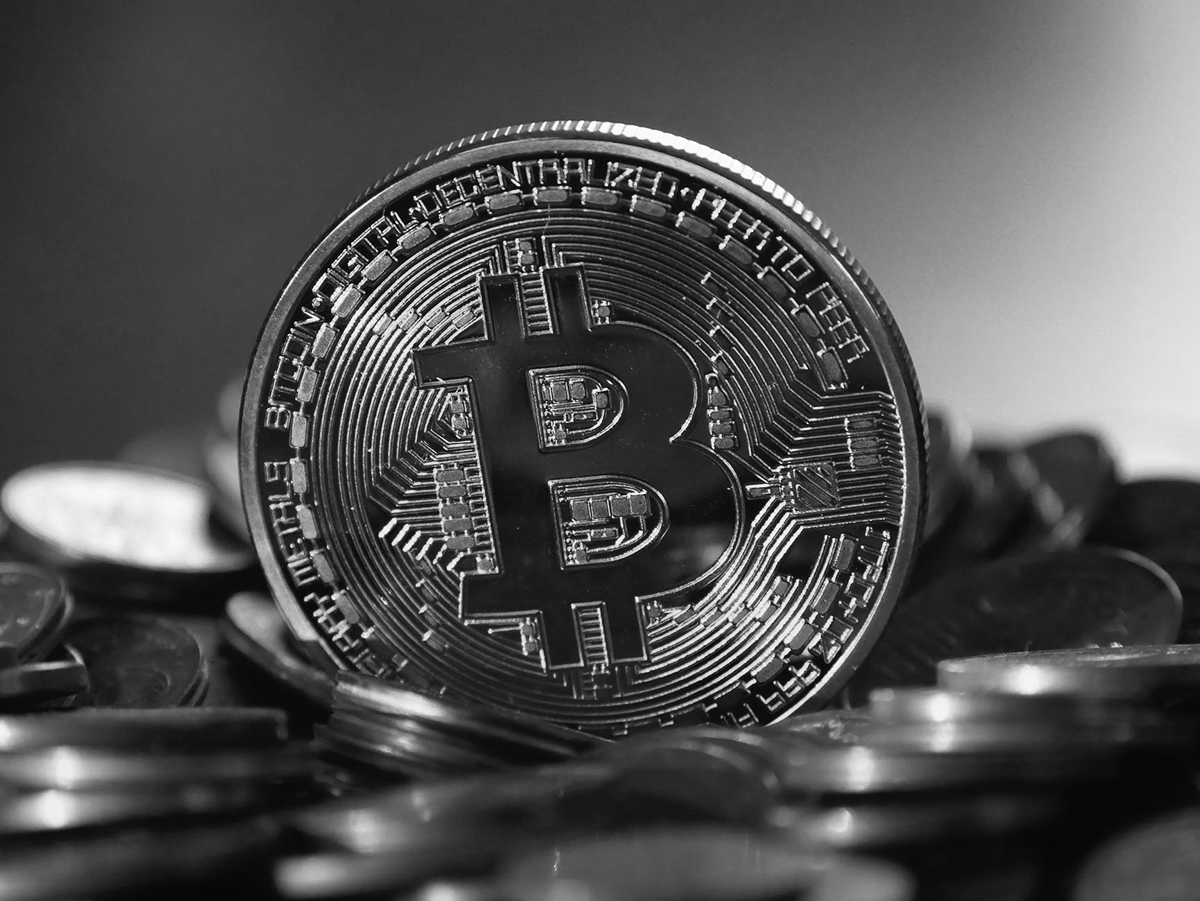 5 Reasons Why It's Irresponsible Not To Own Bitcoin

In the last year, I've begun studying and investing in crypto. As my portfolio has grown, so has my fascination, and I currently spend up to 20 hours per week learning about the technology behind cryptocurrencies and investments. With everything I now know about the world of crypto, I've decided it would be irresponsible not to have at least 5% of wealth tucked in Bitcoin at the very least. Here are five reasons why I think you'll agree.

There is still a truckload of bad publicity around Bitcoin. At any given point, you can find top tier media publishers printing headlines like the following:

Beyond the fact that these critiques can be debunked with relative ease, they hardly matter. Beneath all the criticism is a mass of investment firms, big companies, and uber-wealthy individuals pouring money into this "questionable" asset. As a mentor and friend once told me don't listen to the spam, dig deeper and follow the smart money.

It's not that the criticisms have no weight. Of course, some do, but the in-flow of smart money reveals that the experts see them as more minor threats than the headlines claim. Here's a list of just some of the people and organizations that either hold Bitcoin directly or have exposure to it as an investment:

And plenty of others. These investors haven't dropped pennies on Bitcoin either; Tesla purchased 1.5 billion in early 2021 (which has doubled), Ark owns about $20 million worth, and Morgan Stanley has $206 million in exposure to Bitcoin. If all these organizations invested in one company, my guess is you'd take a deep look at that asset? Smart money is flowing into Bitcoin at an incredible pace, so it deserves your time.

It's no secret that COVID-19 has taken a toll on economies all over the world. Many governments respond by printing money and creating subsidy programs to protect against economic collapse. The problem is this devalues the currency and skyrockets the prices of everything else from real estate, gold, and shares, to groceries and now; bitcoin. The economic future is uncertain, so investors hesitate to plug money into companies, but property and Bitcoin are prime assets to hedge against the incoming economic turbulence.

The United States can pay any debt it has because we can always print money to do that.

— Alan Greenspan, Former Chair of the Federal Reserve of the United States‍

Governments will push the burden of economic collapse down the hill to later generations by printing money today, but this is no free lunch. There are consequences to increasing the money supply so rapidly. One major one is that money doesn't trickle down fairly; it never has. The other is that job salaries don't rise at the same rate. The outcome is you're making less money while expenses increase, and any savings you hold in cash lose value. If real estate is too expensive, where can you turn?

There will only ever be 21 million Bitcoins globally, and it's estimated that 3 - 5 million are lost to poor storage (people losing passwords). In uncertain times like this and with the value of your $1 plummeting, it's not wise to hold your savings in cash. Interest rates are not high enough to protect you from devaluing the currency. Stick your money somewhere it will grow, or inevitably, it will extinguish.

Many see the price of Bitcoin (about $60,000 USD as I write this) and think it's way too high and, therefore, it's too late. Simply put, it's not. On the contrary, this could be the greatest investment decision of your life even now. Bitcoin has enough support for risks to be low while the upside remains exceptionally high.

As of September 11, 2021, approximately 76.6 million digital wallets are active with $1 or more Bitcoin in them—meaning that less than 1% of the global population owns Bitcoin. Although predictions like this are challenging to pinpoint accurately, this is an indicator that we're still incredibly early. Many expert economists claim Bitcoin is the replacement for gold—historically a commodity that acts as insurance against market volatility or catastrophe. It's standard advice to hold 5% of your wealth in gold as a hedge against a market collapse. Bitcoins' overall market cap* is only 10% of gold's market cap currently. If Bitcoin successfully matches gold's valuation, it still has 10x potential. Note that gold isn't going anywhere. Instead, Bitcoin and gold will likely complement each other as stores of value against inflation.

The nature of Bitcoin doesn't limit it to a store of value; it's also intended to be a global currency which raises its potential even further. Of course, it isn't easy to imagine developed countries with stable and trustworthy currencies (Ie. the US, Canada, Britain, Australia) embracing Bitcoin as legal tender, but this is an entirely different story for developing nations. Bitcoin provides many benefits for countries with unstable domestic currency. El Salvador is the first country to adopt Bitcoin and test it. Who will be next?

What is The Potential?

Let's complete this section with some well-supported predictions of the price in the next five years. We'll look to a long-time Dutch investment analyst for a pricing model. He goes by the pseudonym PlanB on Twitter and has advocated for Bitcoin for nearly a decade. He's also built a model to predict Bitcoin's price that has proven highly accurate in the past. It's his version of the stock to flow model (a model used for decades to predict the price of gold) with adjustments to account for the difference between gold and bitcoin. Many of the projections you see online are based on PlanB's model. To the right is a tweet by PlanB back in June, you can see his predictions for August, September, and almost October have already come to fruition.

It's thought by many experts, including PlanB (& Cathie Wood, Anthony Pompliano), that one Bitcoin will reach at least $450K+ by 2025 and potentially $1 million after that.

The responsible (and correct) thing to say here is that every investment in the market comes with risk. Even the most prominent players like Apple, Amazon, and Netflix come with many risks. Bitcoin is no exception.

That being said, historically, Bitcoin has been the most asymmetric bet the world has ever seen, and all indicators point to it continuing. What do I mean by asymmetric?

The chance of it hitting its upside is very high relative to the risk of it being devastated or going to zero.

Below is a graph (again by PlanB) that shows the historical returns vs. losses of all the top producing assets over its lifespan. Bitcoin is orange where the return is highest (top orange dot) and the risk is lowest.

The more people use Bitcoin, the less likely it will ever be stopped. Countries are beginning to adopt it as legal tender, companies are beginning to trust it as a safe place to store cash, and investors are discovering its potential for growth. This is only the beginning. The more adoption grows, the harder it will be to take down. There are three reasons it will continue to grow:

Volatility is high, but this is common among all new and comparatively tiny assets. Volatility will lower as the valuation grows. At the current overall valuation of $1 trillion (all bitcoins x price of one), a country, person, or company purchasing millions (or billions) of Bitcoin will dramatically raise its price. As the total value of the asset increases, the volatility will naturally decrease.

Reason #5: It's The Right Side of History

Bitcoin is a revolution fueled by the blockchain technology beneath it. It takes outdated ideas of currency and flips them on their head. Rather than a centralized bank printing a money supply controlled by the government, it's a decentralized money supply controlled by no one authority. This alone is no reason to invest in an asset, but it happens to include a 408% annual interest rate since inception.

The future of Bitcoin is exciting. The revolution has already begun and will continue for the next few decades. Developing nations desperately need a trusted and easily accessible currency with low infrastructure requirements—putting banks everywhere and expecting impoverished citizens to open accounts has not worked out well. Banks' limitations make it difficult for everybody to have an account, but everybody has a smartphone. Bitcoins' strengths fit these needs well. El Salvador was the first country to adopt Bitcoin as legal currency, and it was able to gain more active bitcoin wallets in one month than banks' success in decades. Many countries will follow.

Imagine a world where everyone had access to a reliable currency account to save money, transact safely, and earn interest. A currency embraced around the world and could be used anywhere. It may seem menial to Western citizens, but this would be huge for citizens of developing economic nations with unstable governments. On top of this, the more countries that provide this opportunity to their citizens, the higher the price of one Bitcoin.