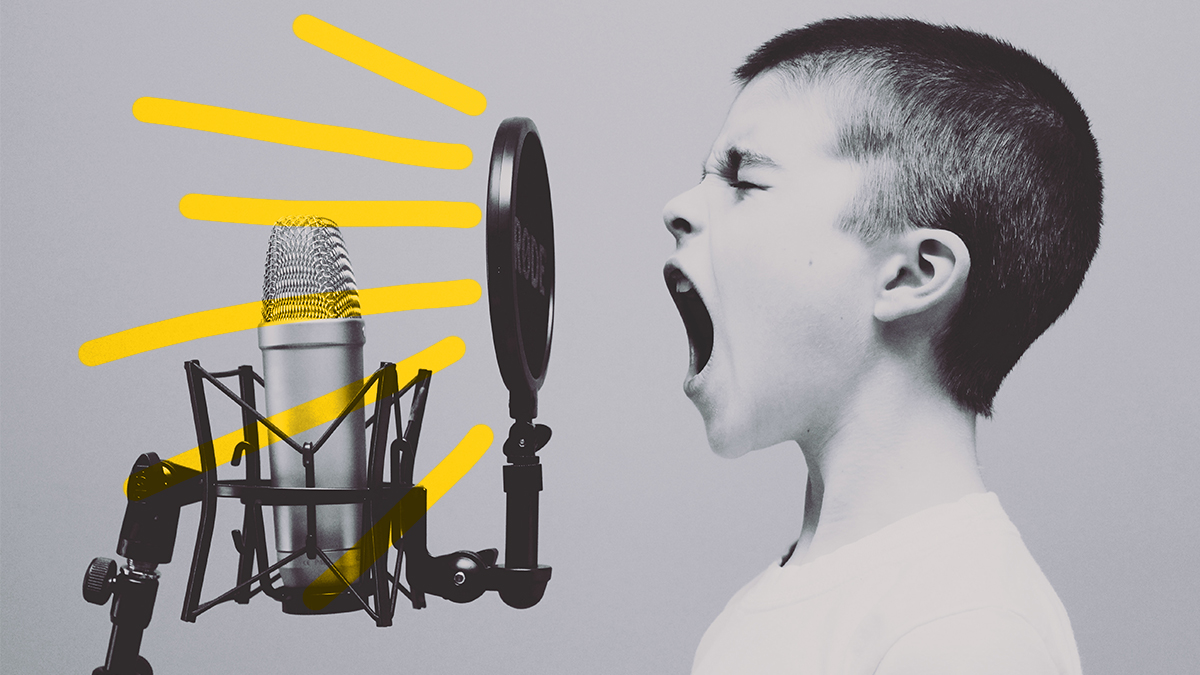 ‍
I have to begin this post by stating my uncredentialled experience here; I love podcasts and have been a fan since 2011. I discovered The Joe Rogan Experience and immediately knew this was a game-changer. I was so excited. You mean to say I no longer had to listen to sports and news radio shows that repeated themselves every 20 minutes?

Sign me up and give me more now. Hence, the podcast industry blew up, and I watched, without even a thought as to, hey I should get involved at the ground level here and start my own. Nope. I remained a consumer. That didn't sting too bad; the worst was when The Joe Rogan Experience had a Bitcoin expert on in early 2014, discussing how powerful a revolution it would be. I was going to buy one until I found out the price was about $600... It's $40,000 now 😅.

Suffice to say; I've loved the medium. The ability to passively learn or listen to a conversation between 2 fascinating people is such a joy multiplier. And, of course, it's great for mundane work. I listen while cleaning, working out, getting ready to go out, and even parts of my job that allow it, so it's not an exaggeration to say I listen to 1,000+ hours a year.

I know some people don't have the luxury to listen that much though, so a list can help. I love when fellow listeners make them, so I decided to do my own. There are so many podcasts right now, I can't claim to have listened to them all, but maybe my narrow bandwidth of interest will align with yours.

The first of many Lex Fridman podcast installments' on this list, it's one of my new favorites. This one is with Twitter CEO Jack Dorsey about his lifestyle and perspective on the tech industry. Dorsey is a thoughtful individual, and it is fascinating to get a peek into his stream of thoughts.

A neuroscientist and a physicist walk into a room with two mics... If you love scientifically-backed discussions on philosophy, look no further. This podcast covers the nature of intelligence, free will, evil, the meaning of life, and a few great book recommendations. Eagleman is an American neuroscientist, author, and professor at Stanford.

Ali Abdaals podcast only shows up once on this list, but that's only because I discovered it in October. I'm still playing catchup. Ali is new to interviewing, but he asks very actionable questions. It's what I feel you or I might ask if we were in his position. It makes his deep dives very useful.

Ryan Holiday is the bestselling author of The Obstacle Is the Way, Ego Is the Enemy, Conspiracy, and other books on Stoicism, culture, marketing, and the human condition.

McConnaughey released a great book this year. My summary here. So being the diligent promoter he is, he did A LOT of interviews, and many of them are great. I especially like the Tim Ferriss and Joe Rogan one. This one, however, was unique in how Dax Shepherd dived into McConaughey's childhood. It was full of great stories that make appearances in the book but come alive when McConaughey vocalizes them.

Of course, Ferriss is on this list. He is one of the best interviewers and podcasters in the game. The questions are always top-notch, and Ferriss has access to some of the best guests out there - Naval Ravikant is one of those guests, and although he is right when he states, "sequels are never as good as their originals" (the first one is better). This episode still delivers a ton of value.

Naval is the co-founder and chairman of AngelList. He is an angel investor and has invested in more than 100 companies with massive success. The conversation covers learning techniques, crypto, paths to wealth, meditation, and more.

People have varying opinions on Sadhguru and the Guru shtick in general, but he's a powerful speaker and communicator, and this episode is proof of that. His ability to describe why and how you get stuck in a cycle of inner suffering is powerfully insightful.

Sadhguru is known as a Yogi and spiritual leader. This episode covers the habits that limit human potential, the struggles of looking inward, how to improve focus, and much more.

Soloman is the Jordan Peterson of social psychology and philosophy that just never got the rub. He is a social psychologist at Skidmore College, and he's one of my favorite discoveries this year.

This episode is a fantastic introduction to him, and like Peterson, he has a ton of lectures on Youtube to a deep dive on if you like his style. It covers death's role in life, religion, consciousness, advice for young people, and much more.

A neuroscientist and a physicist walk into a room with two mics... On repeat. This guy looks more like an athlete than a neuroscientist, making it appear much more valid to take performance advice from him.  However, his credentials speak for themselves regardless. This conversation ranges from overcoming fear to optimal brain performance under stress and in deep work.

Andrew Huberman is also a neuroscientist at Stanford. He leads a team of researchers in their medical lab studying how the brain works (function), how it can change through experience (plasticity) and how to repair brain circuits damaged by injury or disease (regeneration).

The last three people on this list have become my favorite people discovered in 2020 because by learning about them, I've gained tons of insights into optimal living. This one has impacted me the most. James Nestor is a journalist who has written for Outside magazine, Men's Journal, Scientific American, and many more, but in the last 5 - 10 years, he's become obsessed with how we breathe. It started by covering a freediving world competition and culminated in his latest book Breath: The New Science of a Lost Art.

This podcast covers his journey and what he's learned in his obsession with our terrible breathing habits. Since listening to this podcast, I've read two of James' books on this subject and plan to take a freediving & breathwork course in 2021 (see my goals for 2021).

It all started with this interview. Nestor's a fantastic storyteller, and his passion for breathwork is contagious. If this affects you anywhere close to how it's affected me, it'll change your life.

After the praise of #2, how could I put this one above it? Primarily because I think Seinfeld's advice will help a broader range of people, but also recency bias, as I just heard this one last month. And it's so good!

Seinfeld is a man of systems. There is a method to his madness, and it's lovely to hear him break it down. Suppose you are interested in sticking to habits and achieving a higher output of work, study this podcast. It's from a man who has not just learned but internalized the correct principles and lives them consistently.

That's the list. I hope you listened and enjoyed some. I couldn't just stop here, though. There are just too many. If you liked the list, below are some honorable mentions I loved listening to in 2020.

Joe Rogan Experience: Andrew Huberman - Huberman has a ton of great advice to share, so if you didn't get enough from the Lex interview, this one is great too.

Joe Rogan Experience: Glenn Greenwald - This might have been #11. It's Edward Snowden's story from the perspective of the journalist he met with and sent the incriminating files. Lots of great stories and information on the current governments overreach here.

Joe Rogan Experience: Tristan Harris - Did you like The Social Dilemna on Netflix? This guy is the main feature of it. It's a deep dive into how the tech industry is slowly taking over the world and those who live in it.

Joe Rogan Experience: Terry Virts - This one is a fun one. An Astronaut who spent over 200 days in space.

Ali Abdaal: Deep Dive #19 Nat Eliason on Building Life-Changing Blogs, Optimising SEO, and Developing a Systems Mindset - The only reason this did not show up on the above list is that it's too unique to my situation. There's a ton of valuable information in it, and if you're an aspiring blogger or online entrepreneur, it's worth a listen.

Jock Willinck: Dakota Meyers - This could not be on the "official" list because it was released years ago; however, if it were released this year, it would be in my top 3. It's such an incredible story. It's long and takes a while to get into its depths, but it's an unreal look at the reality of war. It's sad, gruesome, gritty, and full of heart.

You won't believe how intense this mans' story is.

The Tim Ferriss Show: Hugh Jackman - Jackman is a mensch. This podcast proves it. He's a beautiful person with many great insights to share.

The Tim Ferriss Show: Dr. Jim Loehr on Mental Toughness, Energy Management, the Power of Journaling, and Olympic Gold Medals - Dr. Jim Loehr is a world-renowned performance psychologist and author of 17 books. This one takes a little bit to heat up, but once Dr. Loehr gets into re-scripting your stream of consciousness, your notes page will fill up fast.

The best true-crime podcast I listened to.

‍Hunting Warhead - This one follows the journalists and police on a global mission to expose the internet's darkest corners. *TRIGGER WARNING* It's very graphic and involves child abuse. It's about bringing down a pedophile ring hosted on the dark web. It's insane to know this world exists, but it does, and it's essential to know it does.

And there we have it, my favorite podcasts of the year. Let me know what you think. Podcasts are so wide-ranging these days, you can listen every hour of the year and barely scratch the surface of what is released.

After writing this post, I realized there are no female guests presented here. I just wanted to say there is no rhyme or reason; I wasn't even aware of it until I finished. It's a purely subjective list, and I guess my consumption leans highly male. Nothing else to say other than I've noted it and I'll look to expand my host/guest repertoire in 2021.